Join a 3.5-hour guided tour of Athens in which you’ll discover the city’s main attractions and visit the impressive Acropolis accompanied by an expert guide. You will explore both the classic and modern parts of Athens. 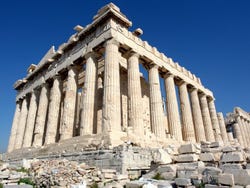 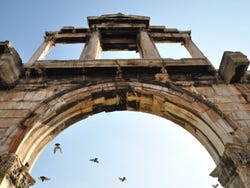 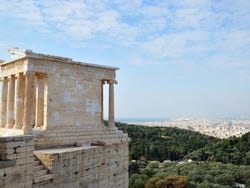 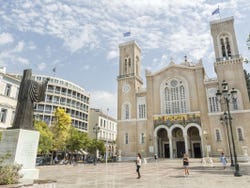 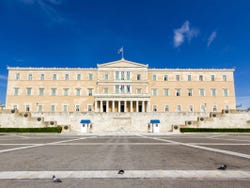 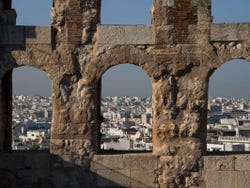 Begin your guided tour with a panoramic tour of the city’s main monuments. On the air-conditioned bus your professional English-speaking guide will reveal the history of Athens in an entertaining and interesting way and will also give you information about the landmarks you see.

Some of the monuments you will marvel at include the central square of Athens: Syntagma Square, the National Garden, the Arch of Hadrian, St Paul’s Anglican Church, the Parliament House, the Tomb of the Unknown Soldier, the Cathedral Basilica of St. Dionysius, the University of Athens, the Academy of Athens and the National Library.

After a brief stop at the Panathenaic Stadium, an imposing construction made of white marble which was completely reconstructed and where the first modern Olympic Games was celebrated in 1869, you will continue to the Zappeion and the Temple of Olympian Zeus.

The highlight of the tour is the guided tour of the world-famous Acropolis of Athens, symbol of the capital. Once inside, you’ll visit some of the best-known landmarks of Classic Greece like the Parthenon, the Erechtheion, the Temple of Athena Nike and the Propylaea.

* The price increases on the 31 March

The tour includes an English speaking guide, but the tour can sometimes be carried out in two languages.

Hotel pick up and drop off in Athens.

Admission ticket to the Acropolis.

Admission ticket to the Acropolis for children from 5 to 12 years old who are non EU residents (10 EUR per person).

You can book up to 2 days before (Athens local time) if there are still places available.

US$ 55.40
No hidden fees or surcharges
Free cancellation up to 5 days before
Book

Free! Free cancellation up to 5 days before the day of the activity. If you cancel under this time or do not show up, you will not be refunded.

I travelled with my partner
6

I travelled with my partner
Show all the reviews
Free

9.8 / 10 100 reviews
Live and breathe the five thousand year history of Athens, the foundation of European culture itself, in search of the traces of Plato, Archimedes and Zeus
Free!
Book

8.8 / 10 5 reviews
Enjoy a unique afternoon by booking a half-day trip to Cape Sounion, home to the majestic Temple of Poseidon, surrounded practically entirely by the sea.
US$ 49.90
Book

8.3 / 10 340 reviews
Explore the capital of Greece with style on a hop-on hop-off sightseeing bus. Learn about the history and culture of Athens as you admire its landmarks
US$ 14.40
Book