The National Archaeological Museum of Athens, built between 1866 and 1889, was initially named the Central Museum. It was first established to display the numerous findings dating from the beginning of Prehistory to Late Antiquity excavated in Athens and its surroundings. In later years, it housed objects from all over the country.

During World War II, the imposing neoclassical building was closed, and its pieces were placed in wooden boxes and buried to avoid the German troops from looting them. Once the war was over, the museum was reopened in 1945.

Visitors will get a good idea of the Ancient Greek civilization by visiting this vast museum which includes pots carved out of stone, bronze objects, jewelry, mummies, small ceramic objects, ivory, marble and glass objects. There are also several gold funerary masks.

Not to be missed

The National Archaeological Museum of Athens houses the most beautiful Greek antiquity gems and is one of the city’s most popular museums.

Although the museum is quite large, its visit is extremely entertaining since its exhibitions are very varied and unique. 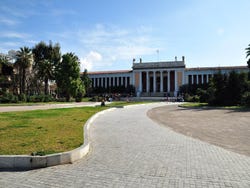 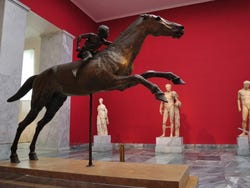 Horse and jockey, second century BC 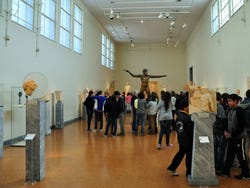 From 1 November to 31 March