The main building of the museum, which is currently closed, covers the historical period of 1650 to the present day. It features items of Greek folk art like wooden sculptures, objects made of silver, puppet theatres and stone statues. It also displays numerous fabrics and embroideries used to make the various Greek regional costumes.

Although the collection was quite interesting, the main building was poorly lit and decadent before it closed to the public.

The new building has not yet been inaugurated.

Situated in Monastiraki Square, the Tzisdaraki Mosque (closed) offers special shelter for a collection of traditional ceramic objects from the first half of the twentieth century. In our opinion, the mosque built in 1759, is more interesting than the elements exhibited.

Bath House of the winds

The Bath House of the Winds are the only public baths from the fifteenth century that remain standing. Constructed during the Turkish domination, between 1453 and 1669, the spa remained open until 1956. In 1998 the Bath House was integrated to the Museum of Greek Folk Art to show how the Greek population bathed. The building is next to the Roman Agora.

A traditional house built during the early nineteenth century, known as "Museum at 22 Panos Street", is the setting for exhibitions dedicated to the tools that were used to perform traditional works in ancient Athens. It is a curious exhibition, but not very worthwhile. 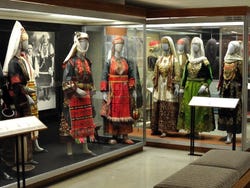 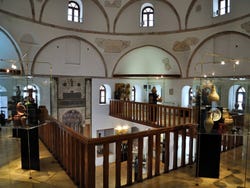 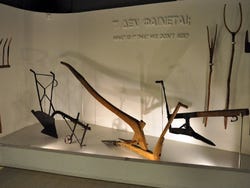 The main building is currently closed. It is possible to visit the rest of the buildings.