The impressive collection of the Numismatic Museum is made up of half a million objects, including coins, treasures, Byzantine lead seals, medals and precious stones.

Established in 1834, the same year as the National Archaeological Museum, the Numismatic Museum is one of the oldest public museums in Greece. It is housed in a striking neoclassical mansion with an impressive façade, which was built in 1880 as the private home of Heinrich Schliemann, a well-known German archaeologist.

The coin collection dates from Ancient Greece to the twentieth century.

The first floor shows visitors how coins were minted in the ancient Greek world, including the icons that were placed on the coins or the archaeological investigations that were carried out after discovering the coins.

The second floor of the mansion is dedicated to how the coins were minted in various parts of the world and throughout history. The museum houses coins from the Roman Empire, Byzantine Empire, Medieval period and the contemporary period. Finally, an exhibition explains what coins are used presently throughout the world.

One of the greatest collection of coins

Although you might be put off by the name of the museum, the exhibitions are very varied, and the museum displays showcases full of interesting objects. Moreover, the monumental nineteenth century manor is equally impressive and gives it a unique feel to the museum. 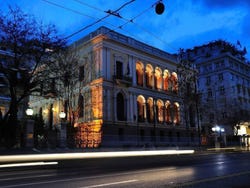 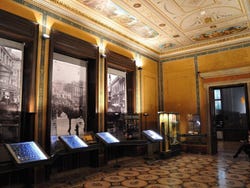 Panepistimiou Street, next to Syntagma Square.

Tuesday to Sunday: 9 am until 4 pm
Monday: closed