On this free walking tour of Athens you'll live and breathe the five thousand year history of the Greek capital, the foundation of European culture itself, in search of the traces of Plato, Archimedes, Athena and Zeus. Even better, it's free! 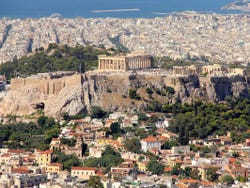 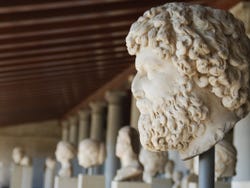 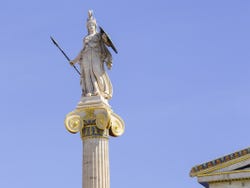 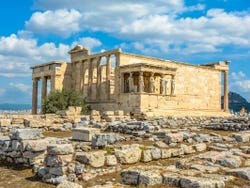 Depart with a small team of local experts, as they take you by the hand and back through the years, in the city that birthed the modern world.

Democracy, modern mathematics, and the foundation of Western philosophy are infused in the incredibly well preserved ancient monuments you'll see on the tour. Throughout you'll see the footprints of great gods, as our guides bring to life Greek mythology: mixing together the real and the legend, the ancient and the modern, and the living and the dead, in a way only possible in a city so vibrant and so historic as Athens.

To show you the real face of the city, taking in some of the lesser known spots only possible with a local guide. Sights include the Ancient Agora, the Roman Agora, the Library of the Roman Emperor Hadrian, the Temple of Zeus, the Acropolis, Syntagma Square and the Hellenic Parliament.

But Athens is a city more living than dead, and with much more to offer than thousand-year ruins! As a complete and we will see the changing of the guard, the National Garden, the Zappeion, the modern  Kallimármaro Olympic Stadium, and the Metropolitan Cathedral.

And to make sure you get the most out of your stay in the Greek capital, our very own modern-day Athenians will explain all you need to know about public transport, costs, discounts, and schedules for each site.

The tour does not enter any archaeological sites, as these usually involve an extra ticket and are under the purview of official tour guides employed by these sites and museums. Nonetheless, we will see them from afar and speak about their significance.

Free tours do not have a fixed price, rather each person offers the guide the amount they consider appropriate, depending on their level of satisfaction.

The tour is exclusively in English.

Entry into any archaeological sites

You can book up until the same day (11:00 AM local time) if there are still places available.

If you are not able to attend the tour, please cancel your reservation in the control panel, otherwise the guide will be waiting for you.

When the minimum number of participants (9) is not reached, we will contact you to offer you other alternatives.

Jimmy, who is very personable, made the tour fun and interesting. Well worth the time!

Loved it, very interesting and informative. I will recommend it to all my friends

Excellent tour with Jimmy, very interesting with a lot of information, we really enjoyed it, we recommend it 100%.

We took the tour with Vassilis. He demonstrated great knowledge of Athens and passion for greek history. Thank you!

I travelled with teenagers
Show all the reviews
like

8.30 / 10 355 reviews
Explore the capital of Greece with style on a hop-on hop-off sightseeing bus. Learn about the history and culture of Athens as you admire its landmarks
US$ 14.30
Book
like

6.50 / 10 8 reviews
If you had to choose one Greek island to visit, it would be Santorini. This island offers incredible views, crystal water beaches and picturesque villages.
US$ 350.20
Book
like

9.10 / 10 34 reviews
Are you traveling to Athens and don’t know what islands to visit? On this full-day trip to Agistri, Moni and Aegina, swim in crystalline waters and enjoy stunning landscapes.
US$ 148.60
Book